The Journey of Kalu River | Travel Kalutara
Skip to content

There is an ancient proverb which says that “no river can return to its source, yet all rivers must have a beginning”. The same of course applies to the Kalu River or the ‘Kalu Ganga’ as it is locally known.<

The Kalu River begins in the world-renowned Sri Pada Mountain (aka Adam’s Peak) that is the most sacred of mountains in the country. Why? Because according to Buddhists, a footprint of the Gautama Buddha can be found atop its peak.

The starting point depicted in the below photograph is located on Sri Palabaddala route (The oldest trail to the Sri Pada summit). The trail spans good 08 km from a sleepy village called “Sri Palabaddala” to the summit. The trailhead of which can be reached via a winding road stretching 25 km from Ratnapura.

Flowing Through the Kingdom of Lions

Sinharaja or the Lion Kingdom as it is translated into Sinhalese is a biodiversity hotspot that’s been declared a Biosphere Reserve and World Heritage Site by UNESCO.

According to the country’s forest department, there is a complex network of waterways originating from Sinharaja that eventually feeds two major rivers in Sri Lanka including the Kalu River.

…..And the Kalutara City

The city of Kalutara on Sri Lanka’s south coast is actually named after the river itself, as the name ‘Kalutara’ is derived from the word ‘Kalutota’ which means “lying by the banks of the Kalu River”. One of the most spectacular views to be seen in Kalutara is the view from the river banks of the magnificent Kalutara Bodhiya.

Before Finally Entering the Sea

All good things must come to an end they say and what a beautiful ending it is for the Kalu River when it flows into the Indian Ocean at the Kalutara Beach!

Paddle Along the Kalu River

Canoeing along the Kalu River is one of the most popular of activities to try out in Kalutara.

You’ll be able to see many bird species and giant water monitors too!

So is it really black as the name says?

Only one way to find out and that is to visit it and decide for yourself! 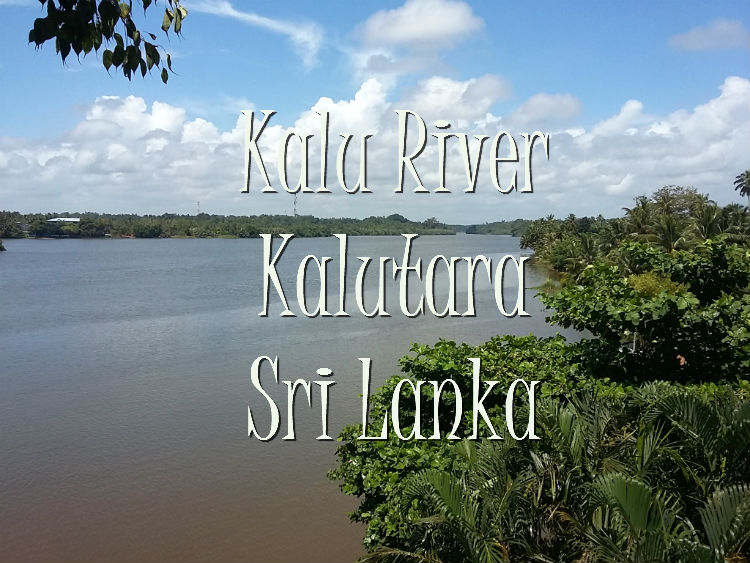