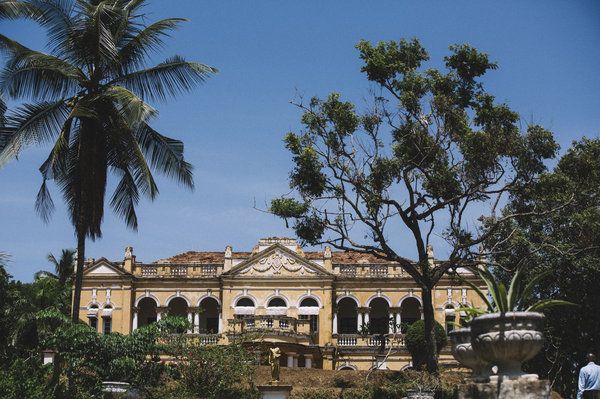 A rather curious structure that looks like a manor one would come across in England, Richmond Castle is one of Kalutara’s hidden gems. The tale of this grandiose site is one that contains heartbreak and hope.

Richmond Castle was constructed in the early 1900s near the Kalu Ganga (river) in an area known as Palatota. The person behind its creation was the local Mudaliyar who had set his sights on building his own stately home.

The inspiration for Richmond Castle came from a Maharaja’s palace in India. The Mudaliyar is said to have visited the Maharaja with a skilled architect and carpenter in order to study the design of the palace.

This palatial castle features varying architectural styles and for its creation, stones and tiles from India, teak from Burma and special window panes from Italy and Scotland were brought down. Featuring 38 windows and a whopping 99 doors, this grand structure was set amidst lavish grounds where many a party and event were no doubt held.

Certain innovations were also made in its construction. This includes a natural “air conditioning” system that brings cooling air from the nearby river via tiny holes in the ground of the area set aside for staging plays.

The Heartbreak & the Hope

Though happy days seemed to descend on Richmond Castle following the marriage of the Mudaliyar it ended in heartbreak and separation. Some say it was because the couple could not have children of their own.

However, as part of his final request, this site became the home of a children’s orphanage and the laughter of young ones finally echoed through its rooms.